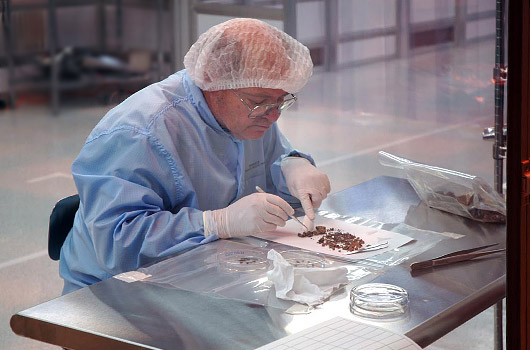 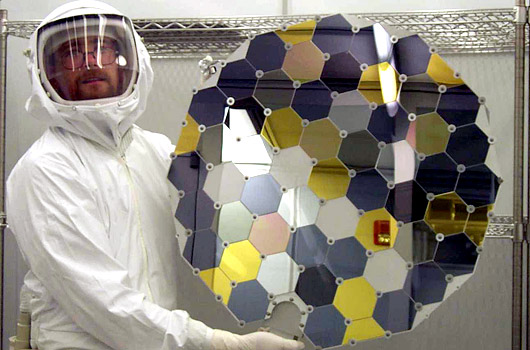 A Genesis collector array in the Genesis clean lab at the Johnson Space Center. (photo courtesy of NASA) 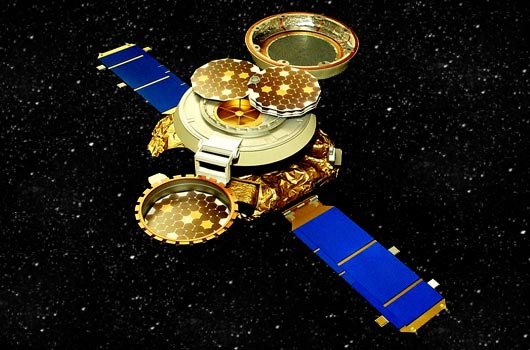 NASA's Genesis mission had a spacecraft orbiting between Earth and the sun collecting samples of solar winds from August 2001 through September 2004. Studying the composition of these samples, which are atoms, gives scientists an additional level of understanding of the beginnings of our solar system.

But handling these atoms upon arrival to earth, as well as the pre-launch cleaning and assembly of the ultra-pure silicon collector wafers to catch them, had to be handled in ultra-pure cleanrooms, cleaner than any NASA had used before.

If terrestrial atoms contaminated the spacecraft collectors at any time in the capture or recovery process, the integrity of the samples would have been in question or damaged. NASA elected to develop two Class 10 cleanrooms in an existing area of Building 31 at the Johnson Space Center in Houston.

These rooms have been successfully used for both preparation and completion of the mission. Initial cataloging of the samples was done in Utah, because of the hard landing of the return craft, but the specially designed cleanroom is now the home and disbursement center for these atoms. These atoms show detailed evidence of the composition of the sun, valuable because the solar nebula was the birthplace of our solar system according to scientists.

The present day cleanroom for these sun samples, ironically, previously housed the moon rock lab and visitor viewing area. The area was small, and the two rooms, though connected had a thirty inch elevation difference. There was limited space for air handling units and all construction would have to work around existing utilities that serviced the other parts of the building. One vital concern was the vault housing the moon rocks which resided directly above the planned cleanroom. The cleanroom design would have to prevent any vibration caused by the air circulation equipment from affecting the moon rock storage vault. (Any vibration over a period of time would eventually disintegrate the moon rocks to dust). Another design consideration regarded the ceiling grid, which had to support not only the air supply system but also a conveying hoist for the spacecraft.

Lasco Services was awarded the project based on its ability to handle all of the tricky design issues in a creative and aesthetic manner. Lasco worked with its HEPA fan filter vendor to devise walkable FFUs. This eliminated the need for bulky air handlers, and made for easy maintenance. Lasco used its own heavy-duty cleanroom grid to handle the weight of the hoist and its load. The ceiling grid's underside raceway also offered a perfect solution for mounting the hoist. Throughout the construction Lasco scrupulously avoided any outgassing and ESD promoting products.

NASA was under a tight budget and a tight schedule because the launch date had already been set. Lasco Services created two state of the art cleanrooms within budget and right on schedule. 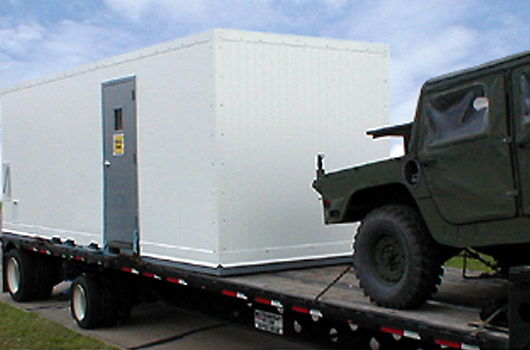 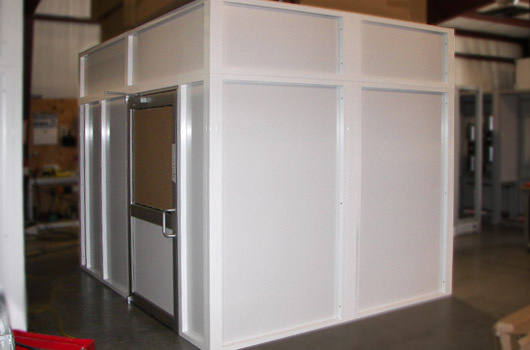 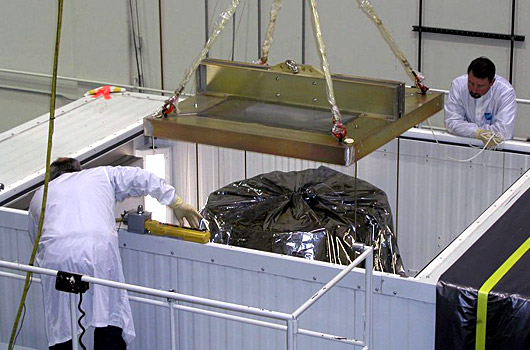